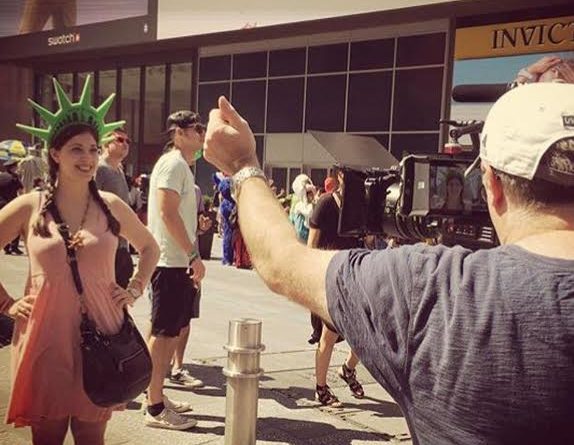 A renaissance woman? Perhaps. She does speak two languages fluently: Greek and English. She is also a master actor and singer and she dances, choreographs, writes and is a creative photographer and songwriter. Having all those talents may just qualify Esther Markaki to be called a renaissance woman. Be that as it may, she focuses her enormous reserves of energy on acting and singing for the moment. In fact, she has established herself in New York City as a professional actress and a professional singer so she is at the very least a multi-hyphenated artist who can be counted on to deliver the goods whether it’s portraying a character in a film, commercial, TV show, of stage play and to hit the right notes as a songstress when she takes on that kind of role.

Esther Markaki grew up just like a lot of real actors did, that is, watching her favorite movies over and over again. She probably knew from a very early age that she would become an actress and get to play a lot of different characters. This Greek American actress was born and raised in Athens, Greece and she went to American schools and an American college. Her initial degree was in Marketing Communications but she earned other certifications in New York City at two very well respected acting schools: Herbert Berghof Studio (HB Studio) and New York Film Academy. This renaissance woman also holds certificates in Professional Photography, Music Theory and Children’s Choir. Yes, we were impressed too.

Esther has countless projects under her belt: commercials, TV shows, films and stage plays. A recent production that caught our eye was presented by Glamour Magazine and Allure Magazine titled, “What I Said vs. What I Meant.” Esther was the on camera motivator and talent and she said the project was all about showing people that everybody has insecurities and everyone is truly unique and that none of us are alone even if we feel different or less than other people. The project let the audience know that we should feel good about ourselves and love ourselves.

Another show that Esther was in was MTV TRL Premiere where she appeared on camera alongside of DJ Khaled. She was part of his intro entourage and helped get the audience at home and the crowd at Times Square excited and energized and make people cheer. Esther managed to shine on camera and get the show started. She also appeared on MTV TRL Late for a couple of episodes. Her project for Women’s Health Magazine ‘Not Dumb Questions’ that is coming out in parts, is about creating awareness and discussing important female issues on camera. In her most recent project ‘The Promise of Perfume’ documentary by Pavlina Proevska, which will be distributed in the US by PBS channel, Esther walks into the store of a prestige perfume brand and tries on perfumes with a friend. She searches for the right perfume with the help of a specialist, and shows us her process of buying a perfume. Esther experiences each scent and perfume for the first time and shows the audience how important it is to find the perfect perfume for you. She reacts to each smell, makes comments, and gives us her opinion and feedback on each perfume she tries. 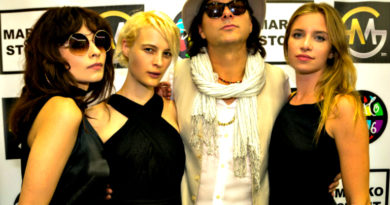 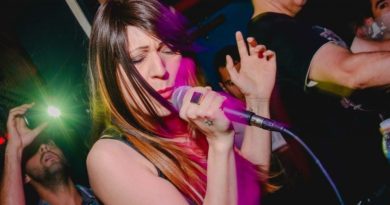 May 15, 2017 admin Comments Off on Toronto Based Producer & Vocalist Amber Long

Ollia Tzarina ,fashion designer to the stars who looks like a model!

November 5, 2018 Bia Ali Comments Off on Ollia Tzarina ,fashion designer to the stars who looks like a model!