Some sage advice from the Japanese actor Obie Sho, demonstrates humility and wisdom. When asked what he would tell aspiring performers, the first thing he said was perhaps he was the one that needed some advice. We loved that very humble attitude from this fine actor and when we nudged him a little for some real advice he came through like the champion he is.

Obie said that he has learned that self-esteem is probably the most important thing an actor can bring with him or her to auditions and performances alike. It’s imperative that you believe in yourself and not think negatively about yourself or your acting ability. Even though you might think your performance might be really bad, the people watching you may be enjoying it and they may even think it is a brilliant acting job.

He continued by saying that all the training you get as an actor, like the Method and improvisation are truly important – but without self-respect, all that training amounts to nothing. If you want to really shine – you must respect yourself first and foremost.

That was a refreshing answer and we were glad we asked Obie his opinion. He has been working professionally for the last few years and has actually been in more films and stage productions than someone who has been a pro twice as long as he has. Obie feels it’s important to work hard and learn as much as you can from each project and from each person you work with. Everybody has something to teach whether they know it or not and so once you develop respect for yourself, you should also respect everyone else, too.

We saw Obie in a short film, So What Happened To Me Yesterday. It was very entertaining but it also showcased Obie’s acting skills in a five-minute slice of life. We also watched his acting reel, which showed even more of his talents because it contained clips from many of his projects which demonstrated his terrific range a an actor along with his command of the English language. He has poise and when he is acting it looks as natural as can be. He walks through a door and looks at another character just as someone would do in real life – only Obie is somehow bigger than life hen he is on the silver screen. All the humility and wisdom we mentioned earlier comes in to play when Obie gets into character. He is the real thing. 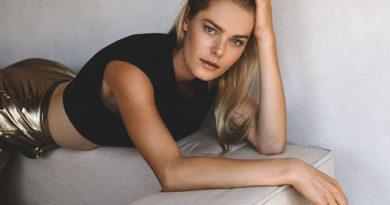 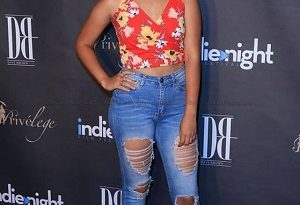