When you begin reading Disha Manocha’s resumé your mind starts to wander and your imagination becomes active in ways that aren’t familiar to you. When you read about all the production companies she has worked for in such a short amount of time you come to the realization that this is a woman who is on the move and who is going to succeed at whatever it is she aims at. In this case, Disha Manocha is aiming at the entertainment industry and we had better get out of this highly intelligent and highly motivated woman’s way if we want to survive.

Currently, Disha was a Writers’ Production Assistant at CBS Studios in Los Angeles. Yes, that is a job that is also known as a “gopher,” which means people tell you to go for this and go for that, get us coffee, one cream, one sugar, etc. It is a job at the beginning of the way up the proverbial corporate ladder and yet, after reading Disha’s employment and educational CV, you don’t even think twice about why a woman with so much experience would be so willing, eager even, to roll up her sleeves, jump in, and grab that first and very lowest rung on the ladder that is leading straight up to who knows where.

Well, that is the secret, isn’t it? Disha knows exactly where that ladder and all those rungs lead to. They lead “UP,” and that is where she is going. Did we mention that she is a writer and a producer with an MFA in TV Writing and Producing from Chapman University’s famous Dodge College of Film & Media Arts. She also has lengthy and very practical work experience.

The Walt Disney Company, India, assisting with creatives and promotions for the release of Pirates of the Caribbean: Dead Men Tell No Tales, Cars 3, and Thor: Ragnarok. She also Conducted coverage on incoming scripts for development consideration for Fox Star Studios, Grey Matter Productions and Mandeville Films & TV. She participated in a writers’ room & brainstormed pitches and scenes for Disney Television Discovers: Talent Showcase 2021. She wrote and Executive Produced the award-winning short film Divine Intervention, which was her Graduate Thesis Pilot and was shot on a budget of $5,000.

All of these immersive creative and work experiences led her to the Writers’ Production Assistant job at CBS Studios where she works on the TV series Good Sam.We can’t wait to see Disha on the next rung of that corporate ladder. 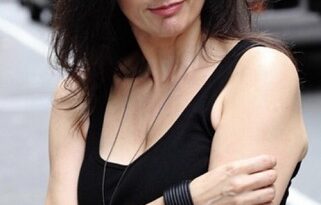