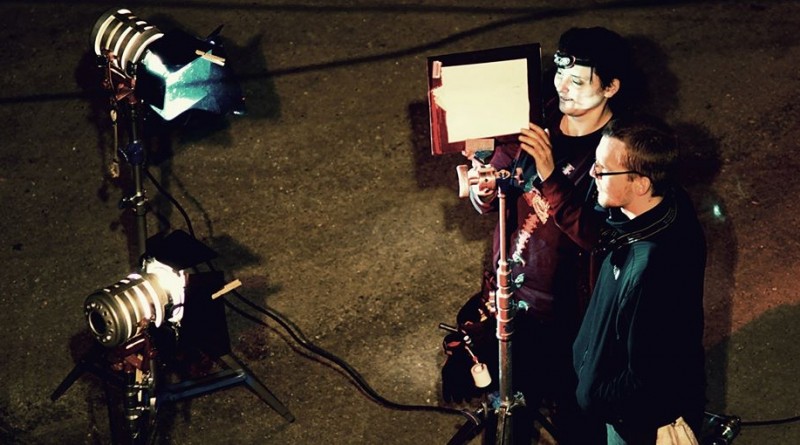 Being an electrician on a movie or TV series set is not the easy job some people might think it is. Some people probably envision an electrician as a guy with low slung jeans and a baggy t-shirt walking around the set with an extension cord and some extra light bulbs, in case a light goes out. If you ever saw Ekaterina Doldjeva work you would spit that silly stereotype out of your mind immediately. She is a professional electrician and she lights movie sets and movie stars.

She just wrapped up a movie starring Jennifer Aniston and Justin Bateman called Office Christmas Party. And before that she “lit” the film American Express with Charlize Theron, and the TV series The Exorcist, Shameless and Empire. Obviously she’s a busy person and a very busy electrician. If you are ever on one of her sets you’ll be amazed at her focus. She is constantly concentrating on just one thing: doing the best job of lighting in the world. And to achieve that, several elements are involved. Ekaterina is first of all concerned with safety. She doesn’t want any of the lights to fall on anyone or to burn them – those Kliegs get really hot! She also doesn’t want to blind any one including those wonderful actors and actresses she works with.

After safety, Ekaterina focuses on what lights are needed and how much power and equipment she will need to light the already decorated set. Teamwork, she says, is extremely important. She said that the team of electricians often have to divide the work among themselves to stay efficient and productive, because once the set is built, painted and decorated, then the lights go up and then…the director can yell, “Action!” So, the electricians must be quick, safe and efficient if the show is to go as scheduled.

She hasn’t had a problem meeting deadlines, apparently, because producers and cinematographers keep asking for her to work for them. She has a lot of favorite productions that she’s worked on but one that sticks out in her mind as the one on the top of her favorites list is Sense8. That was a Netflix original made by the famous Lilly and Lana Wachowski, who did The Matrix and V for Vendetta to name just a few. She also got to work with one of her favorite cinematographers on Sense8, John Toll. He has a long track record which includes, Braveheart, The Thin Red Line, Iron Man 3 and Vanilla Sky among many, many others.

Ekaterina’s persistence and determination are apparent when you see her CV and if you are lucky enough to watch her work on a movie set. She has set a new standard for Hollywood and international film industry electricians should be judged by.

December 3, 2017 Bia Ali Comments Off on Beauty Is Essential 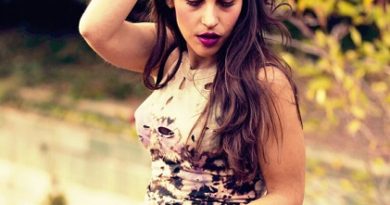 May 7, 2017 admin Comments Off on Cali Diamond ! A Perfect Brand For Lovely Girls