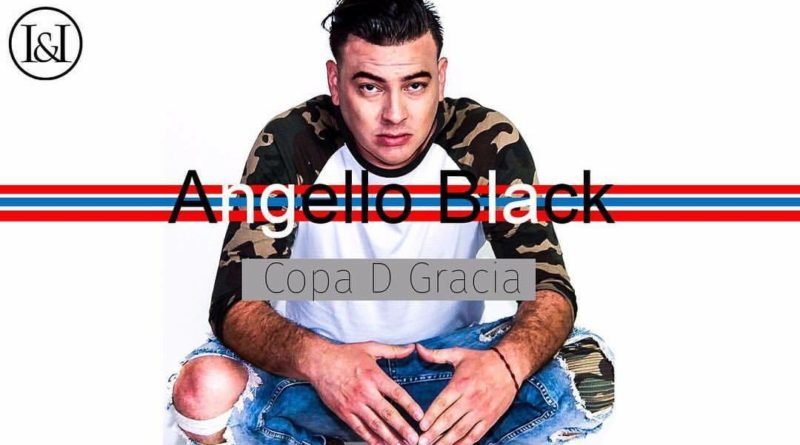 Born in Texas to Salvadoran parents, Angello Black lived with his single mother. As a young child he remembers going to El Salvador and listening to an artist by the name of El General (Reggaeton). His sound rescinded with him for years to come. “I felt his music through my veins and from there on I made a decision that I wanted to one day make music like that” At the young age of 10 Angello’s mom could no longer financially or emotionally support her son that she had no choice but put him in foster care. Throughout the years he lived with several families, the last of which he grew very close too. His foster Grandma, who was a singer herself, inspired and encouraged him to pursue a musical career.

Everything starts with just a dream. A tiny spark. When Angello Black was just 14 years old he had a dream of performing that seemed so real, so vivid that it became his life’s goal and ambition. As a first generation musician, he began exploring the sounds he heard around him and has developed into a hip-hop artist primed for superstardom with a growing fan base stretching from the U.S, Central and South America, and the Caribbean. “Music is a part of my life, countless sacrifices life-changing experiences, music moves me everywhere. It’s the fuel to my soul. I enjoy the process of producing my craft, performing it. Its a way of life. But it’s also serving as in influence to those aspiring to peruse their dreams”, says Angello. Black adds, “My style is very modern, Latin EDM, hip-hop, rap. I usually switch it up – English and Spanish in the records. I keep it diverse in my music”.

His sound is an amalgamation of today’s boss hip-hop tones with rhymes displaying a feverishly versatile Latin swagger, taking cues and lessons from his influences such as Jay Z, Eminem, Young Jezzy, and Tego Calderon just to name a few who have laid the groundwork before him. Angello Black has also been writing private projects for television programming, commercials, ads, and movie trailers for a while now as an in-demand independent artist. Having already successfully created music for brands such as Warner Bro’s , Buzz Feed Netflix, and Toyota, Black is confident in expressing his future, “I predict my music will be collecting Grammy’s and Billboards, it will be heard globally and thru out the entire universe. “

With the care and sweat equity that Angello Black puts into his work as both an artist and performer one is apt to believe his prediction will easily come to fruition. Currently, Black has three tunes he wrote and produced “Rap Don”, “Chapulin” and “Cumpleaños” featured on Spotify, iTunes, and YouTube. He says his music is a reflection of the life he has lived and seen set to compositions. One can tell that sky’s the limit for the young rapper as he proclaims, “this upcoming year of 2018 will be in full force of promotion and marketing my music campaigns. I also will be more involved in major labels and brands. Expanding my music all across the globe.”

Angello is currently gearing up for a promotional campaign promoting his new music and his new music video. He hopes to also one day to open up his own organization that will mentor foster children and let them know that there is hope out there with great opportunities. 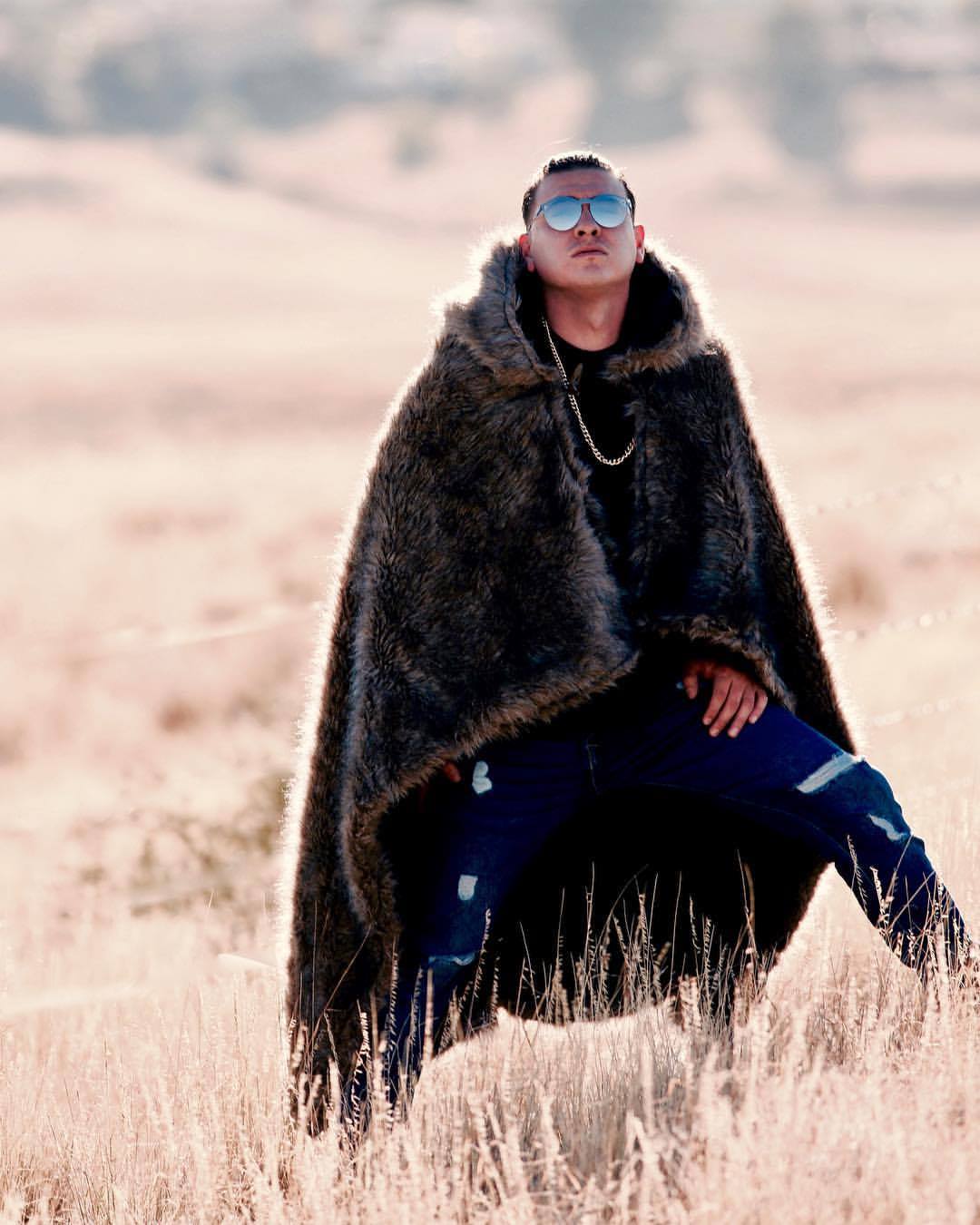 Q:When you decide it’s time to make a new record, is that more exciting or stressful?

Ans: I get very excited, specially if its a track that calls my attention.

Q: How do you shut things out?

Ans: a glass of sangria to calm the nerves, specially after an exhausting day that usually helps.

Q: What advice would you give to beginners who are nervous?

Ans: I know, gaining confidences is a challenge. Because we don’t know what reaction our audience will give us, Breath, and think positively about your craft. Believe that you are great at what you are doing. Usually that help me boost my confidence. I get into a mind state that I can achieve the impossible.

Q: Do you attend sessions? What makes a good session?

Ans: Yes, its a variety of combinations. Artist, music instrumentation, production, and producers and engineers. The energy of the atmosphere.

Q: How often and for how long do you practice?

Ans: Depends on the record. Sometimes, I can knock out in a few hours others can take me a few months.

I stay reinventing my delivery of vocalization. Working out different melodies. Looking for hot beats in the market. Checking up on whats out there current in the commercial industry.

Q: How do you balance your music with other obligations – mate, children, job?

Ans: Currently single, so I have the advantage of moving faster and focusing more in my career. I am a father as well, Any moment I can get free from work, I dedicate my time to them. My career, definitely consumes 95% of my life, I love what I do, so most of the time it doesn’t feel like work. So far its been balancing itself out pretty well.

Q: What’s your motto or the advice you live by?

Ans: I live by praying everyday for Joy, Health, Wealth and knowledge.

Ans : They mostly come to me in the spur of moment.

Q: For our readers who have never heard your music, explain your sound in 5 words? 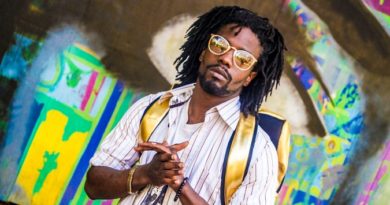 December 15, 2017 admin Comments Off on An Exclusive Interview With Music producer & Publisher J.Dexslane 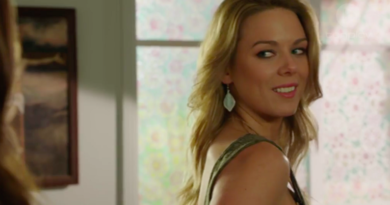 Actress Kahli Williams Shares Her Thoughts with Us

April 25, 2019 Bia Ali Comments Off on Actress Kahli Williams Shares Her Thoughts with Us 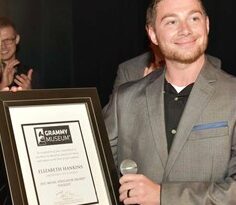 May 26, 2022 admin Comments Off on Chris Bianchi Artist Manager Interview