A piece of jewelry can be an assortment of gorgeous seashells and beads, just as well as it can be a stunning example of the extremely rare, natural gold quartz jewelry. Then, of course, we have the diamonds, emeralds, and rubies of the world, set in pieces which we find mostly in museums and personal collections of the super-rich.

What is more common among jewelry in all its variety, however, is the fact that anyone who loves it usually can never have enough in their collection! So, if you are one of the many people who value the only fashion accessory that never really loses value with time, stay with us as we share four things about jewels and jewelry that may just surprise even you.

Diamonds in the Oldest Diamond Jewelry are Not from Africa

Although parts of the African continent have now become the biggest suppliers of diamonds in the world, African diamonds began to be used in jewelry only after 1866.

The first diamonds on record were found and soon after used as a popular jewel in India more than 1600 years ago, during the 4th Century. In fact, both the Koh-I-Noor and the Hope Diamond were mined from India.

Glass was not as easy to make and shape back then as it is today, but stained glass still allowed jewelers to aim for designs in multiple varieties, some of which have stood the test of time even today.

It is unclear as to whether the Egyptian jewelers tried to make fakes, or people really liked glass jewelry for the beautiful designs, but they hold tremendous archaeological and cultural value today.

Gold-bearing quartz pieces are sometimes fashioned into glorious rings and necklaces today, and as far as their rarity and preciousness are concerned, no other form of natural gold can come even close. However, it is important to ensure that the gold quartz jewelry is bought from an authentic source because fakes are very common in this business.

Due to the fact that gold nuggets and gold-bearing quartz are so rare, only a few selected jewelers around the world have access to real gold quartz jewelry, while everyone else has to sell replicas. Even if it is actual gold and quartz, unless their authenticity can be verified with a registered lab test, it’s not natural.

Rubies and Sapphires are the Same Stone

It will come as a big surprise to many, but scientifically speaking, rubies and sapphires are the same stone, albeit in different colors! They are both corundum and identical in almost every way, except the way in which they reflect and refract the light of course. What is amusing is the fact that yellow, blue, green, pink, orange, purple, black, and even colorless sapphires are called sapphires, while only the red ones are called rubies.

Whether the entire list caught you off guard or not, it’s safe to say that most of the readers at least got to know a few facts about jewelry that they may not have known earlier. Now that you know though, perhaps it will help you reignite your passion for jewelry from a new angle altogether.

Most Attractive Gothic Jewelry for Women

October 20, 2019 admin Comments Off on Most Attractive Gothic Jewelry for Women 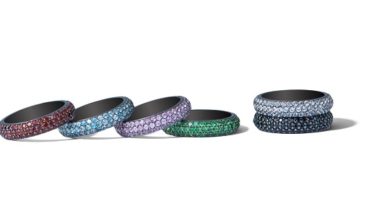 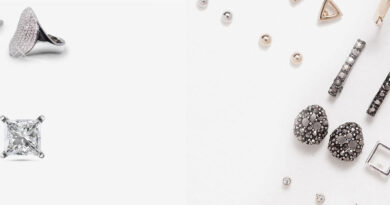 February 5, 2021 admin Comments Off on Consider What a Phoenix Pawn Shop Like Arizona Jewelry and Loan Can Do For You