Janhavi Naik is such a hard worker and she has an abundance of energy, talent and knowledge of movies and production design, among many other varied subjects. However, since she is a professional and in-demand production designer, art director, scenic artist and set designer, in Hollywood, we should just concentrate on her interests and work in that field. She came from Mumbai, India, where she worked as an architect. Since she has always loved design and the process of building something from nothing architecture seemed to be the perfect career for her.

However, she also loved movies and Bollywood and Hollywood and the idea of creating beautiful sets for movies. So, what’s a girl supposed to do? Well, first of all, she is a woman and Janhavi is highly intelligent, independent, extremely well-educated and is a first-rate architect and an experienced and much sought after production designer. Her Master’s Degree enables her to also work all the other jobs that fall under the auspices of a film production’s Art Department. (The Production Designer runs the art department). She is multi-talented and multi-hyphenated professional in the film industry. So, the question stands, What’s a woman to do? A woman with all those attributes doesn’t need to take years to decide what her next move will be. Janhavi didn’t hesitate for a moment. She packed her bags, flew to Los Angeles, got accepted at the legendary Cal Arts (California Institute of the Arts) earned her Masters Degree in Applied Arts and started working as a Production Designer, set designer, scenic artist and art director well before she left school. That’s what a woman like Janhavi Naik does.

She has worked on too many projects to name them all here but many of the short films she has been a Production Designer on have went on to receive high praise and many awards at film festivals. Did we mention that Janhavi is also a scenic artist for events throughout L.A. and has been a Set Decorator and an Art Director on different films. Her work as a Production Designer, however is the most stimulating and rewarding for her. The story of one of the short films she worked on took place in Iran, which was a challenge for Janhavi since the movie was shot in Los Angeles. Her big challenge was to make a modern L.A. apartment look like an apartment in Iran. She had to watch a lot of Iranian films to catch the right look and feel of the apartment. Little things from utensils to wallpaper to frames to coasters and fridge magnets had to appear to be 100% genuine. Recently, the director of the film texted Janhavi and told her that she had a few of her Iranian colleagues watch the film. They thought the film was shot in an Iran apartment! Janhavi told us: “I guess. I was happy, I was proud, I was content! I realized how important that appreciation of my work was to me.” 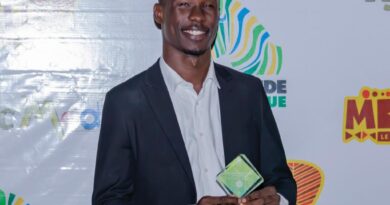 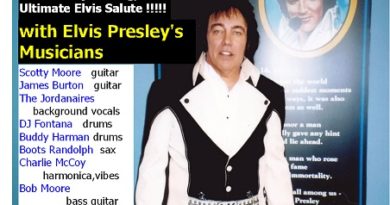 August 16, 2017 marks 40 years since the untimely passing of Elvis Presley