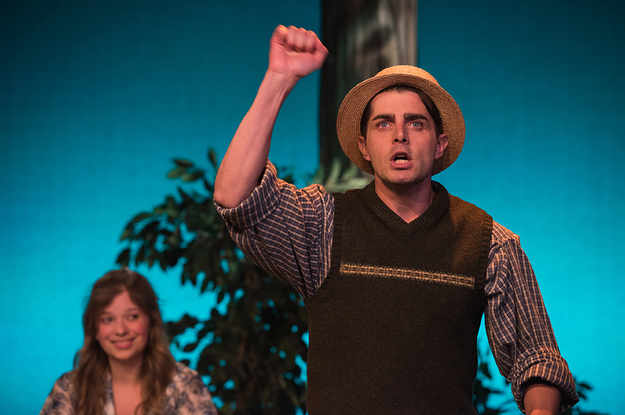 My name is Federico Cibils and I am originally from Cordoba, Argentina. I first knew that I wanted to act when I was 6 years old and I saw the Macauley Culkin, movie, Home Alone. I remember I was watching it and I turned around and told my mom – “Hey, that’s what I want to do, that’s who I want to be”! Although probably not the way he ended up. Of course at the time, I was only young and my parents being very traditional medical doctors didn’t really want me going down that road.

As it turns out, this audition was for a TV campaign for Coca-Cola for all of Latin America called “Aventura Coca-Cola”. Surprisingly I ended landing the job and that was my first ever paying acting job. It was also the first time I experienced that adrenaline of being in front of a camera or a live audience, and I loved it. I was hooked.

What inspired me to get into this industry was not being able to escape it really. Though I’ve always had an interest for many things, deep down, I always knew I wanted to do this but there were many obstacles on the way. My first commercial was hard enough to do because of the convincing my parents required to allow me to do it (I was only 15 or 16 at the time). Shortly after this, I moved to Tucson, AZ. My mom had been invited to do a joint research project with the U of A and I came along for the ride to finish Highschool and for the life experience. In the time previous to moving as it turns out, I had been submitted for plenty of auditions but never found out about them because every time my agency would try to contact me, my dad wouldn’t pass on the message since “I was moving to the states and that was more important”.

Still, in Tucson I had a chance to take as many electives related to acting as I possibly could and also got a chance to work on my English. At the end of my senior year (2003) I told my parents that I did not want to go back to Argentina and instead wanted to move to LA to pursue acting. Obviously they did not agree and sent me back to get a “real degree”. Again. once more back in Argentina I considered studying something related to performing arts but the lack of support and the constant reminder that I might starve if I did were enough to push me in a different direction. Over the next 2 years, I started a degree in international relations and political science but dropped out a year later and started Industrial Design instead–as my yearning for acting quickly became something less reachable and resembled a fantasy more and more. I think it was the sense that there was something missing that pushed me to start traveling a lot over the next 10 years after that –sometimes only during the summer break and sometimes taking a full year off of school. Throughout those years, I came to Colorado for 6 months for a work a travel program (2005-2006), took a year off from school to live in Barcelona, Spain (2007), lived in Playa del Carmen for about 3 and a half months (2009-2010), came to Colorado for another 6 months for work a travel program (2010-2011). After graduation from school, I moved to London for 4 months (2011), traveled through southeast Asia for 3 and a half months (2012) and finally lived in Amsterdam for about 3 months (2012). The funny thing is that through all those travels and experiences, acting was always in the back of my mind and would actually try and do something related to it in every single place I went to, though not fully committed.

It wasn’t until I went back to Argentina that I was able to fully confront what I actually wanted to do. After my last trip, as I went back to what at the time was home, I started developing a couple of projects related to design (I developed a recycled rubber based material and started applying to product prototypes in areas and industries where it didn’t exist). Though the projects were technically successful, I couldn’t make the work commercially and felt like I had failed miserably. I got extremely depressed and desperately started trying to find a job or something to do and some sort of path but everything kept falling apart. It was actually my mom’s suggestion that I come to the states to do a summer acting program since I was not doing anything at the time and when I did, I came back to life. It was as if everything was becoming clear once again after 12 years; the clarity of what I wanted to do. I fell back in love with acting. I just could never escape it though I tried so many times. Something that almost feels like destiny.

Thought I did plenty of theater in high school and had some acting classes back in Argentina, my main training happened here in California. I attended The American Academy of Dramatic Arts conservatory; one of the most prestigious in the country and the world.

My favorite role was without a doubt Arnold Epstein in the play Biloxi Blues because it has been the character that I was able to develop the most thus far; it was the first time that I felt I truly lost myself in the skin of the character and I truly was this person when performing.

The most excitement achievement has been having the opportunity to be living and working as an actor in Hollywood, and being lucky enough to be a part of so many amazing projects. There is a mystic about working in Hollywood that I believe no actor could deny or resist. It’s the Mecca of Acting; a beacon unmatched by any other place on the planet.

At the moment I have found myself in a couple of very interesting projects. I’m currently shooting a feature film called ‘Love is life’ and setting the schedule to shoot upcoming episodes of a show called ‘Dirty Laundry’ in which we have already shot the pilot. I’m also finishing up a screenplay of my own and also collaborating in the screenplay/production with my fellow actor and friend Laurence Fuller

There are so many talented people in the industry that it would be very hard to make up my mind. As far as actors go, I’d love to work with one of the all time greats like Anthony Hopkins or Kevin Spacey. And as far as directors, I have always been fascinated by the work of The Wachowskis and working with them would be a dream come true.

My plan for the future is to keep developing my craft and stay true to myself in an ever changing industry. I would like to explore other possibilities like directing, writing and producing at some point in the distant future, but to feel satisfied, as an actor is definitely my current priority.

My advice would be to remind themselves the true reasons of why they do what they do every day. It is very easy to get lost along the way and forget that although it would be great to make it big and be very successful financially, we do this because it’s our passion; the rest is secondary. 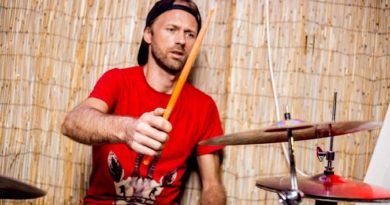 January 5, 2018 admin Comments Off on An Exclusive Interview With Musical Artist Peter Barr 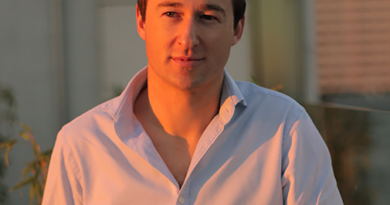 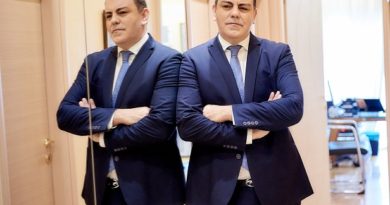