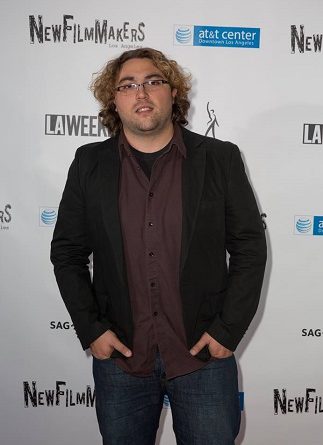 Color correction is one of the most important steps for any film and it’s portray to the public. Depending on who you ask, it could be a way to match all the shots within a scene because of the change of the sun or light position. But for others, it could be another way to tell the story. One way or another if you’ve never been in a color room, the process can be difficult to approach. Francisco Lorite has colored several feature films, and TV shows and has over ten years of experience. From being a color grading operator and grade directly on film and evolving with the technology and grading (nowadays on digital), using a SGO Mistika. Jon Aguirresarobe a well-known cinematographer whose last jobs have been with the feature films Hunter Gather, People You May Know, Everybody Loves Somebody, and the recent ¡He Matado a Mi Marido! has been working with Francisco for a while, They have graded together the short films Versus, El Alquiler and the feature films, People You May Know and ¡He Matado a Mi Marido!.

In this conversation, they cover the most common topics during a color session.

Francisco: The first thing that we have to count is how we prepare for the session. Not like a lot of people think, the preparation for the color correction should start in pre-production –in the same way that there are conversations between the director and DP for how the film should look, the colorist can help in that conversation to achieve that look, along with the production designer.

Jon: This is completely true having the colorist on board from the beginning is more helpful than people usually think. The most common scenario is when the DP sends the camera test to the colorist to see if a certain camera or lense works for the purpose. But having the possibilities to work the colorist from the beginning can go way further. It can be a game changer, helping to save time and resources, it can be safer when choosing the lighting, the exposure and know where we are landing in color.

Francisco: But something really important is to communicate. A first time filmmaker may think that the colorist has all the answers and, we probably have them, but, we need to be asked the correct questions.

Jon: A good colorist is going to approach the film in two different ways, technical and creative. Being able to balance both will always have the best results for the film.

Francisco: Even though we talked about the benefits of being on board from the beginning, it’s usually when the film is in the final stages of post-production, and finishing the final cut. So the first conversation, is about technical problems, what formats the film was shot in, color space, codecs, and then once the online editing starts –which is replicated, the editor works –but with the raw footage, the conversations about panning and scanning, retiming and reframing then the beginning. So once this is done, we can start with the fun part. Grading.

Jon: Communication is every part of the artistic process and the key to achieving what you desire. But, how can you communicate better with the colorist? Be there from the beginning, with the basics, terms of highlights, shadows, crushing blacks, contrast, and saturation. You can also use other different terms if you feel more comfortable, for example, warm, cold, brighter, or darker.

Francisco: Obviously all of these terms are perfect to communicate when facing a color correction. We have two main paths, color contrast, or color separation, and contrast per se, meaning the difference between shadows and light and there are proper terms for communicating elements within a scene. Warm is orange/red, “cool” is blue.“Crushing” is bringing mid-low level grays to black. The best approach is to always have the most specific examples and use the simplest terms. This will be the best way to get what you want. All words and ideas to translate color are subjective.

Be simple and explicit in describing what you want. Another important part of the process is the understanding of your technical limitation, which is not the same as acquiring your image with a DSLR, a RED or Arri Alexa. It’s true that you can achieve incredible images with all the camera but, only the professional range will give you the image that allows you to play with the image pushing further than what was shot (I am still surprised when people don’t know the latitude, dynamic range and general technical limitations between the consumer prosumer formats). Once in the session, where do we start?

The average film can contain between 60 and 160 scenes, but every film is different. The way that I like to work is by setting up a session with the cinematographer and the director and we take the most relevant sequence for them. That could be because they would rather the sequence, the light, the acting, or because it’s an important part of the film –and start to play with them. The director and cinematographer’s ideas, once we have something that they like, we move to another sequence. I try to cover all ranges, low key, high key sequences, interior/ exterior, everything where we can spread the intended look of the movie.

Jon: At this point I like to use references that I created by myself. It’s something that the colorist doesn’t always like –because what I can do in photo shop is different from what we can have in the color room.

Francisco: Yes, usually I don’t like this kind of work, I would even prefer photography or paintings that evoke what the film should look like. But, some DP’s like Jon, knows how to use them –understanding that as a reference, something to work with, not the final line. He is one of the most accurate DP’s that I know, and he knows how to create an even light for the overall sequence so that the references can easily been used. Imagine for example, that the scene is too uneven, and the chosen shot is the only one that looks right, that could be really difficult to work with, because the other shots may not fit into the same ideas. Then having to extend much more time to make them work.

Jon: After this session, I like to take these shoots back home and check them on different screens. I know that the only place to see the movie perfectly is in the colorist suite, but nowadays, the films are seen in many different formats, so I like to be sure that whatever we are doing, can be double checked across platforms.

Francisco: After this session, I like to sit down by myself to grade the complete movie –using the reference of all the shots that we created in the spotting session. Usually here, we can find some different ways to work, if the client pays by the hour usually there is no problem for them to be sitting beside me, if they are paying a flat rate. Usually I do this part by myself, because, if they are in the session everything tends to go a lot slower. Personally, I like to have the DP always by my side, as my confidant, the person that speaks my language and the main intention for each scene. But, skipping forward, what I like (at least for the alone pass) is that I can integrate into the movie, I get to know the movie as well as the director and cinematographer does. So once the complete pass is done, we sit and start to review the movie together.

Jon: Sometimes it’s difficult to separate the director and myself from the dailies, because, that footage is the one we have been looking at the whole time, so coming back to the studio with a complete pass of the film helps to separate from what it was before, and focalize in what can be. Sometimes, we like the sequence as it is, but others find that what we choose at the beginning doesn’t always work, and we have to start over, with a specific sequence –but with the facility that the world for the movie is already created.

Francisco: It’s in this pass where we can start to focalize in the details. Attention to detail is one of the most valuables things about a colorist from my point of view, and having the director and cinematographer, so we can help to focalize the attention in one character using shapes for example. This means we can help to tell the story.

Jon: In the end, color correction is the process that helps us to bring the film we dreamed of, or even further, just being honest with what you captured on set — creating the correct elements to allow the colorist to work.

Francisco: My work at the end of the day, is to bring them the film that they want, even if the look chosen is not my preference, my duty is to give them the best movie that can possibly be. I’m someone who is part of the team, part of the movie who will fight to do the best job. I can give my opinion and my advice, but with communication, and understanding in everybody’s line of work is the way to create the best for the film. 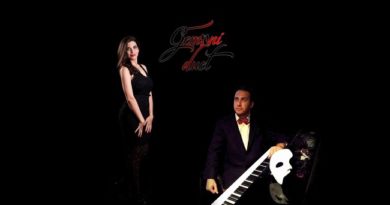 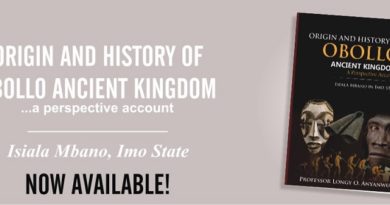