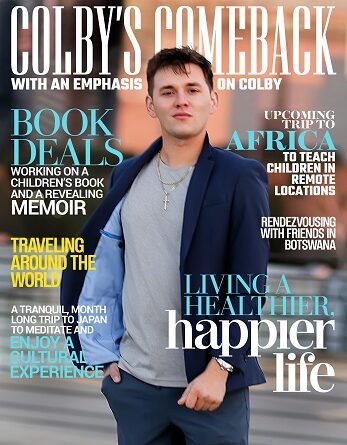 In a revealing a dramatic interview with USA Wire—the premier news source for you to get wired on all the news that matters including business, economy, politics, and lifestyle—Colby Perry revealed that he was being harassed by an individual named Joanne Jackson-Benoit in his community as he developed affordable housing.

After reviewing the allegations alleged by Mr. Perry, C&F Mag has learned and discovered that back in 2016, Mrs. Jackson-Benoit astonishingly called the police on a bird that she was having a dispute with. She alleged that it was attacking her and her daughter. She apparently took the meaning of “jailbird” literally. Mrs. Jackson-Benoit also has a plethora of other interesting calls to the police, including a call she made alleging someone stole her dog and another call she made alleging that someone damaged her mother’s grave in Eastridge cemetery.

In a follow up interview with Mr. Perry, he said, “I was terrified for my life. She wanted me dead. She allegedly was trying to have various people harm and/or shoot me. It was like a Lifetime movie. In an answer to the court, she claimed I hung her dog that just had puppies and brutally killed it. She claimed I pulled her bumper off of her car in the Walmart parking lot, which should have had cameras all around it that would have caught me in the act should I have done it. I was not even in Jennings during the time. She claimed I broke her car windshield with a brick. Surveillance at my home corroborates that I was home. She claimed I dismantled something on her daughter’s car and tried to make her son and her daughter wreck on their way to the store. She allegedly claimed I caused her daughter to wreck into a swamp in Baton Rouge. I was not in Baton Rouge during the time. I believe I was in Houston. She claimed I stole a graduation banner from her, amongst other absolutely ridiculous and fictitious allegations.”

Perry went on to further say, “I agree, it is not typical to call the police on a bird. Then when that same person who apparently has had a dispute with a bird begins accusing you of ridiculous things after pulling a loaded weapon on you, it’s terrifying because you ask yourself how much of this do they actually believe and how far will they actually go.”

As far as Perry’s theory as to why Joanne began targeting him, he said, “I think it has a lot to do with when she tried to have her family members purchase property from me that I once had for sale. I changed my mind about selling the property which had nothing to do with them. My companies own properties all over from Vernon, Cameron, Calcasieu, Jeff Davis, and Lafourche Parish just in Louisiana that total nearly 100 acres, to part of a ranch in Texas, commercial real estate in Mississippi, and interest in a condominium in Florida. When we aren’t investing in land, we are investing in other assets, like securities and cryptocurrency. My businesses constantly change week from week. If we can unload an asset and buy a better asset, we will. At the time, if they would have brought the money for the property, I would have sold it to them. They prolonged the transaction, and it no longer benefited me to sell the property. 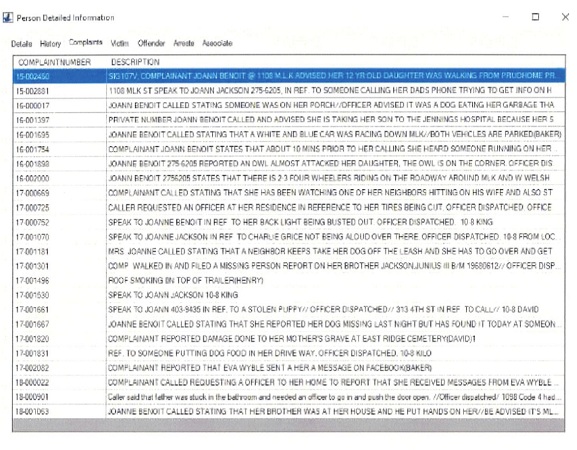 As far as Perry’s dealings with Joanne, he said, “I really do not deal with Joanne because she causes so much drama in the community. I distanced myself from her months prior to her physically attacking me on June 17, 2021 and was arrested. She had previously falsely accused me of saying someone had dementia. I was around other people at the time. I did not say what she alleged I had said. Her lies hurt the person and their family. Despite my best efforts, I ultimately still became a target.”

Regarding why he’s speaking out about it, he says, “There are so many people that have grievances with Joanne, it’s ridiculous. There are various people who have personally witnessed what she did to me. I think it’s important to speak out because it’s time her game stops. I’ve invested in neighborhoods all over. I’ve never had as much trouble as I have after purchasing land in Welsh, and this is my hometown. She absolutely impacted my mental health. She would not stop! I was so distraught, I could not even manage my financial affairs. I was not even myself. I was essentially incapacitated. I had to go to the emergency room about 4 times because of her, then I almost checked myself into a PTSD treatment center in Florida that cost around $40,000 a month.”

According to the sworn affidavit produced to the courts that Perry referenced in his previous interview with USA Wire, Mrs. Jackson-Benoit is alleged to have offered sexual favors in exchange for someone physically harming him. The affidavit from the affiant reads, “She came and approached me about devising a booby trap to harm Colby Perry on his Millard Street property. She claimed she needed to retaliate after going to jail a few days earlier when he called the cops on her for clawing him. I asked her why she clawed him, having witnessed it myself. She told me she was angry because he was helping Jeannell and not her. She claimed he bought an entire piece of property just for her “dad’s sister, Jeannell” who was a “marbled eyed bitch”. I immediately refused to create the booby trap or anything to harm Mr. Perry. I told her that Perry did nothing but help the community during the hurricanes reminding her how he brought food trucks downtown to feed us black people. She said that she did not care. I told her I did not like her coming into my yard with such a wild proposition. I asked her to leave. She said, “Are you sure?” Then she began putting her finger on her tongue and told me she wouldn’t just pay me, she would “suck my d***”. Surprised, I again said, “No” and I told her to leave promptly. She stopped playing with her tongue, turned around, protruded her butt, and said, “All this could be yours tonight for that booby trap. It’s juicy, too.” I aggressively told her, “Joanne, leave my fucking property with all that nonsense now!” She turned around and walked to her car. As she left, she said, “You know where I’m at boo.””

Perry said, “Fortunately, I am represented by some amazing firms, including Provosty, Sadler, deLaunay, Fiorenza & Sobel. They’re the oldest business and defense-oriented firm in central Louisiana serving local, statewide and national clients. The firm handles cases in all Louisiana State and Federal Courts and the United States Supreme Court. If this woman, or anyone else she instructs, continues to harass me, I’m confident that the matter will be handled very expeditiously. We will pursue every avenue necessary.”

As far as his future, “I just want to return to the things that I love doing. I want to garden peacefully. I want to read. I want to write the books I’m contractually obligated to write and really want to write. I want to continue building my business. I can’t wait until I travel to Africa and can work with children, teach them, and make a positive impact in their lives. I then have plans to soon relocate and begin work on another college degree.”

Perry said lastly that he eventually opted for outpatient treatment. He said he thanks his therapist (Logan), life coach (Yvonne), psychiatrist (Amy), dietician (Samantha), and feng shui consultant (Will) that are a part of his wellness team as they have all been truly blessings that have helped him navigate this very challenging and difficult time in his life. He said, “I am a healthy person. I just had what was essentially a mental breakdown, which happens during periods of extreme emotional and mental stress. Anyone can have a breakdown, especially if they’re subjected to what I was subjected to. And, I know that many people will try and joke about me for talking about my challenges because there is such a negative stigma and discriminatory attitude about mental health. Ultimately, we need to break the stigma. Because of the stigma, people, like my 19 year old friend that was happy and full of life, kill themselves as he did with a single gunshot wound to the chest. To this day, I have a picture of him on my mantle. I also have a gold bracelet with his name engraved on it.”

As far as Mrs. Jackson-Benoit, Perry says, “I obviously do not want to associate with her for my own safety and security. I’m big enough to say, I do wish her well because obviously there is some pain or trauma that she has experienced that causes her to act the way she does. I wish she would get help because she has children. They are only going to copy what they see, and in my opinion, that will not be a healthy outcome.” 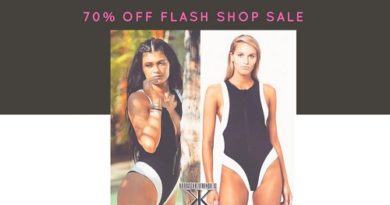 70% Off Flash Shop Sale On Zigilane 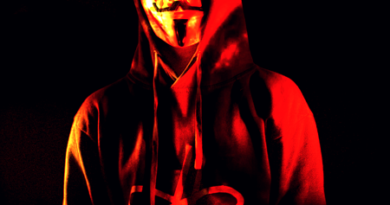 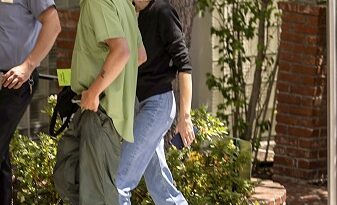