Yan Li has been executive producer of 3 features, Euro Club, Amityville Terror, and American Exorcism, which has been released through RedBox. He was the director and producer of his own short film “J K Q&A”, which included a well-trained cast and crew. With different cultural backgrounds, Yan is doing his best to bridge the Chinese movie market with Hollywood, in order to import more excellent independent movies into China.

We recently got an opportunity to interview him for our readers. 1

CNF MAG : Please introduce yourself to our readers.
Yan Li :Hello I’m a filmmaker from China. I’ve been a movieholic since I was 6, I remembered my parents left me alone at home as they had to go to work. So all I can do was watching movies,different genres, rent from VCD stores. Movie took a big part of my childhood, and making one has become my dream. Three years ago, I landed here in Los Angeles, and started to chase my dream of filmmaking.I’ve already produced four feature film, and even directed my own short film.

CNF MAG : What inspired you to get into film making?
Yan Li : Movie is a medium to tell stories through image and voice, which is the most effective and direct way to inspire people. Before movie came alive, people can only read or listen to radios to learn about the world. Movie is a great invetion, it allows people to explore the world by seeing it. For me, making movie is the coolest thing I have ever done.

CNF MAG : What’s the inspiration behind your recent project JQK&A?
Yan Li : the good and the bad characters are too extreme in some of the police theme movies, which makes plot boring and predictable. It seemed that Joker was manipulating everybody, however, he represented the under class citizens, rebelling and revenging towards those so-called upper-class society. Nowadays, we live in the society regulated by law, however, law was never made by ordinary citizens. Sometimes, the authorities could use law to leverage and adjust the social balance. Such social conflicts is the theme of this movie.

CNF MAG : You were co-producer of 3 features previously. What differences did you find in producing/directing this film over your previous work?
Yan Li :  When I was in a director’s position, I always only focused on images displayed on the monitor, Looking out for the performances of actors I needed, while neglected other procedures. However, when I became a producer, I expanded my focus to the whole crew on set, and I could suddenly realized my shortcoming of being a director. I have more time to self-examine.

CNF MAG : Are you inspired by someone in the industry?
Yan Li : There are two people that influence me a lot from different aspects, director Louis Malle and producer Harvey Weinstein. I think that being a director, one should like Louise Malle, an authority in Nouvelle Vague, who always put ¡°distinctive personal style¡± and ¡°realism¡± at the first place. Yan endeavored to coherent his own movie with these two criteria. He insists that good movie doesn’t mean huge budget and high-tech; While using long shot to reflect characters¡¯ mental conflict and status is always more effective than making the roles and the scene dramatic. Another one is the famous producer Harvey Weinstein. My favorite movie of his is ¡°Cinema Paradiso¡±. The theatre version is only 123min, while the director cut is as long as 173min. This 50 minutes shot was cut by himself, and that time difference showed how sophisticated Harvey was. As we all know, Harvey made ¡°Cinema Paradiso¡± the biggest winner in 1990 among all the American film festivals. I think it was not only Harvey¡¯s abundant capital and connections, but also his unique perspective of movies, and his constantly discovering potential directors and scripts that made him a successful producer. Another shining point of Harvey is that he has his own production company Miramax Films, which dedicates to produce and distribute independent films. The films from this company are all high quality, even though, he is faced with the six major Hollywood movie studios. In my opinion, A producer is never a benefit driven business, but a person who can understand his own style of movies.

CNF MAG : Have you set some goals to achieve?
Yan Li : OK, Oscar is always the final destination of a filmmaker. For short term goals, I want to make a real authentic Chinese movie.

CNF MAG : Who would you most like to work with?
Yan Li : As a producer, I really want to work with Christopher Nolan. He always comes with good scripts, and fresh ideas.

CNF MAG : Are you working on any new project?
Yan Li :Yes. Deals have been made for 2017 with Thrilling Company, and more projects are coming next year.

CNF MAG : Are you on Social Media? How you can be followed online?
Yan Li :You can follow me on Facebook, searching Adam Lee. For Instagram, yanli_adam. I¡¯m everywhere in the movie world.

August 20, 2017 admin Comments Off on An Exclusive Interview With Attractive Sophia Body 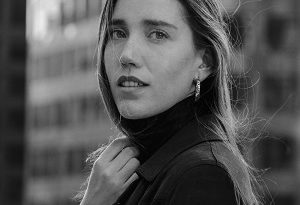 November 23, 2017 Bia Ali Comments Off on An Exclusive Interview With Actress Maria Hojas 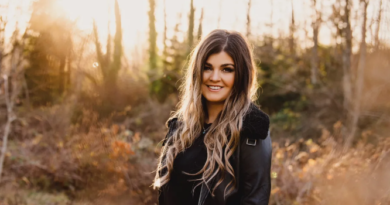